It’s time for a big drumroll, folks! And it is time to roll out your red carpets for a compilation of Google’s latest updates. The search engine giant rolled out its first Algorithm Update for 2020 on January 13th. Since then, Google has been meting out a slew of updates and changes that are very much a characteristic of the world’s most sought-after search engine.

Google updates are hard to predict. There’s a joke that even Google’s employees aren’t aware of what the company has up its sleeves. Major decisions are influenced by the users whose needs and demands are constantly changing, making unpredictability an inevitability. So, without much delay, let’s give you a guided tour of the Google updates for 2020!

Google Updates: A Useful Compilation For Every Digital Marketing Company

Every single digital marketing company goes into an “all alert” mode when Google updates start making headlines. No SEO or digital marketer can survive the race without knowing every intricate detail of the updates. So here’s a compilation of what Google’s been up to in 2020 when the whole world was battling the pandemic.

Considered the ultimate update, the Broad Core Algorithm Update revamps the overall Google algorithm that is vital in understanding the user’s search queries and other requirements. The tremors induced by the Broad Core Algorithm Update are felt far and wide as a million (or billion) websites scramble to get a hold of the SERP fluctuations. But as far as Google is concerned, the solution is simple: Great content is the only best way to survive SERP fluctuations. As always, Google is not going to spell it out for webmasters. But the gist is this: Google has tweaked the weight and importance of many ranking factors. So, do not be surprised if a page that has been lying redundant suddenly shoots up in rankings!

In late January, Google threw up another surprise with the announcement of the Featured Snippet Algorithm Update, just ten days after its Core Update. This update spurred a lot of questions and discussions.

As per the update, webpages that are given the featured snippet positions will not be mentioned in the search results listing. So, basically, what Google’s actually telling web pages is that “ You can’t have the cake and eat it too.” This deduplication, however, does not happen with Top Stories or Interesting Finds. This update went on to make massive changes in search listings and the tremors are yet to die down.

Algorithm updates aren’t new with Google. But there are reasons why we are specifically mentioning this one. Reports state that this update was not a core update, but had as much significance. Another reason why it had the webmasters on tenterhooks is that the update was neither announced nor confirmed by Google. Yet, sites experienced significant changes in their organic traffic- a sure sign of that something was brewing behind Google’s closed doors.

This was the period when the world started shutting down in a futile attempt to save itself from an unprecedented pandemic. Google Algorithm Update checkers displayed considerable changes in algorithmic activity. But there’s no way to ascertain why that happened. It could have been the unexpected changes in trends or it could have been Google itself. Either way, there were massive fluctuations that could not go unnoticed.

A noticeable change that Google made during this period was to step up their SERP and filter all the fake news about the pandemic. Hence, only health and wellness websites with high authority enjoyed the spotlight every time someone made a search for COVID19-related information.

In May 2020, Google announced the roll-out of another Broad Core Algorithm Update. Google’s core updates are notoriously famous for shuffling the organic results and rankings of websites, and this update was no different. However, Google is clear in its stand and says that rectifications cannot be made overnight when a broadband core algorithm hits you.

Although June 2020 came and went without kicking up a flurry, some webmasters and digital marketers claimed to have noticed some subtle changes in their organic traffic. Even as fluctuations peaked in the third week of June, there was no official announcement from Google.

Notable Google My Business Updates for 2020

Google did make some major and minor alterations in 2020, some of which were influenced by the aftershocks of the pandemic.

Allow Digital SEO, the leading digital marketing company to give you well-informed guidance

Google updates can be overwhelming and a bit too much for a business that relies on its online presence. Why worry when you have Digital SEO, the top digital marketing company that operates from Chennai, Coimbatore and Tirunelveli. Allow us to take care of your SEO needs and watch how your ranking improves and stays in sync with anything that Google comes up with. Call our team @ 9283183983 or email us @ contact@digitalseo.in. 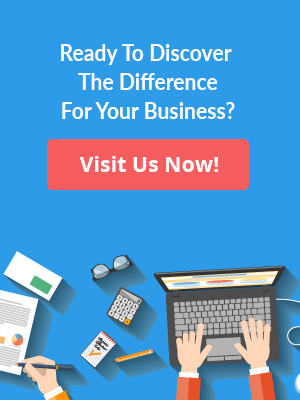